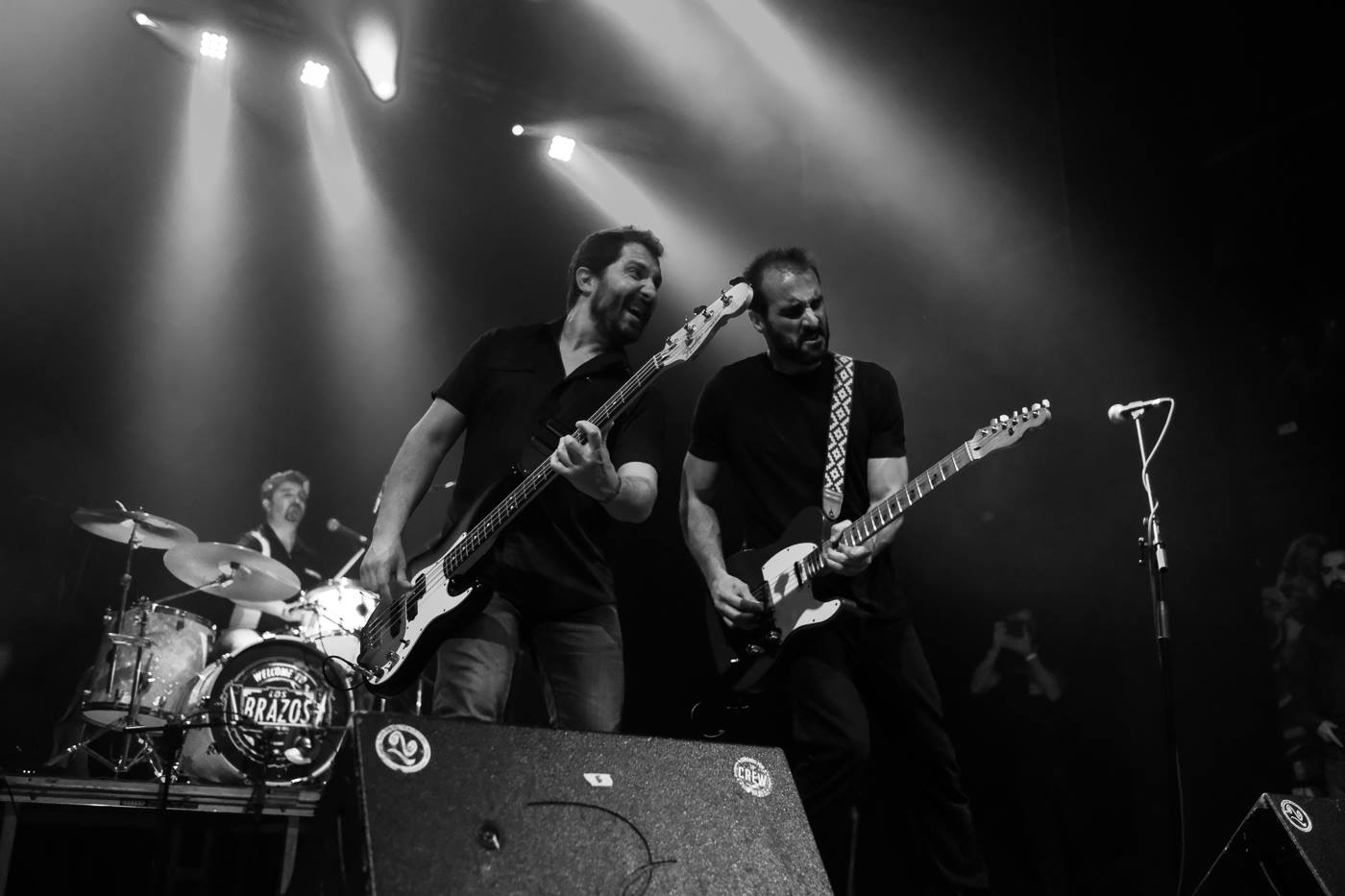 From the outskirts of Bilbao, this power trio emerges with a rocking unusual force that only those who have been playing rock music since early teenage hood can exhibit. Its name takes after Gov’t Mule’s famous song ‘Broke down on the Brazos’ with the purpose to capture the flavor of southern rock.

The band gathers a powerful vocalist and virtous guitar player (Guillermo Gutierrez “William”) propelled by two old friends with: José Miguel “Txemi” Gándara at the bass guitar, and Alberto “Koki” Chamorro, at the drums, doing an impeccable job on the rhythm section in which every beat finds its place.

Los Brazos have pleasantly been surprising American college students doing their study abroad stay in Bilbao, where they did not expect to find a band that could render classic rock (especially American rock) in such a genuine way. Indeed, Los Brazos’ live performances are something to write home about. Even though they have played in a number of well-known rock clubs and festivals, and opened shows for big bands in Spain, it is on the wooden stages of rock bars where they feel like home: gigging comes as second nature to them. 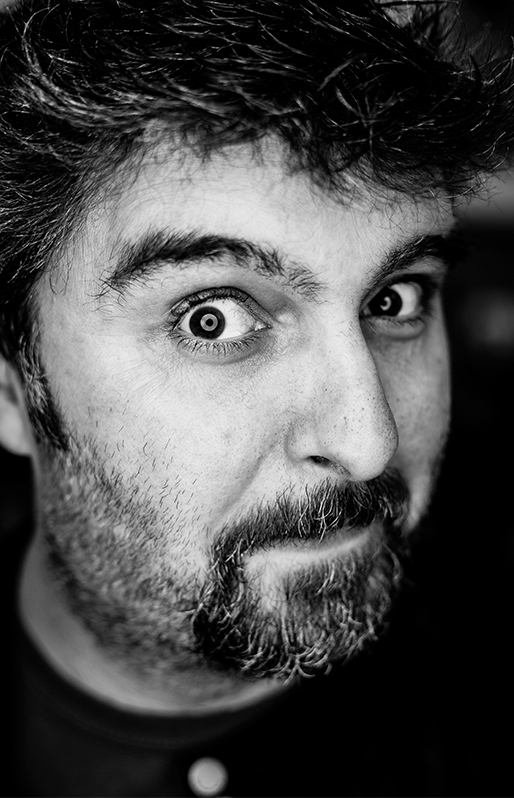 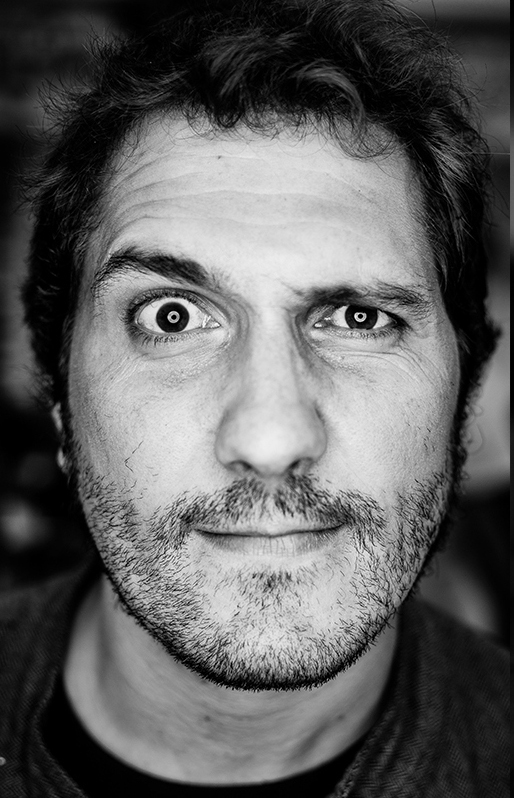 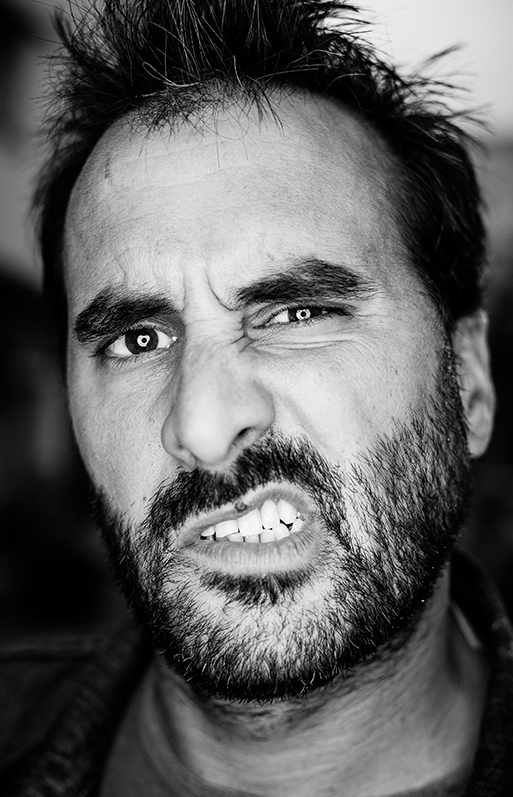 Los Brazos were born in 2011 from a series of jam sessions in which its members met coincidentally. They soon came up with a musical project which took off like a rocket. The concept behind was to show the audiences where they come from and where they want to go with their music. Hence, they released their first album “Delay, 10 Classic Tracks” in December 2012. The CD is a tribute of 10 covers to their classic influences in blues and rock music that range from “Big Joe” Williams to Tom Petty and the Heartbreakers. This record led them to tour unstoppably all over their country, reach to the local and then national radios, blogs, magazines and then to the US, in a brief tour that took them to some of the best venues in Chicago, Indiana, Michigan and Wisconsin.

The band then took the chance to release “Welcome to Los Brazos”, featuring 9 original songs, that raised their music to higher grounds, receiving an outstanding feedback everywhere, and taken them to new venues, festivals, new cities and new countries.

As they kept touring, in august 2015, the band did a short break to announce the release in September of their third album, GAS, after signing the spanish label Rock Estatal Records.

It was the first time a band’s album was in stores, and in less than a week it was number two in sales. A brief but huge surprise for a rock and roll band, no doubt. The album is sounding in all the main and little radio stations all over the country and has taken the trio way higher.

While GAS is still sounding, the band still keeps an ace and has prepared “Magic”, a song and video made to raise funds for the Research for the Germinal Cancer, affecting youth and children.

The band proposes an innovative way to raise funds: not only by the sales of the song in the internet will, but also by the streaming of the video and the song in the official channels, TV, radios… any royalty generator will be used to rise funds. The sky is the limit, and the more you listen to the song or see the video, the bigger the input.

In 2018 the band releases “LIVE 2015-2017” (2017, The Music Company), a live album featuring 18 songs, each one recorded in a different stage all over Spain during the band’s “GAS Tour”. LIVE is a demonstration of the power and originality of this indepent band, and has been algo highlighted by audience and press all over the country and far beyond.

In 2021 Los Brazos released “Let Me Go“, a new single featured in “DalecandELA: The Soundtrack“, an initiative of the DalecandELA association to raise funds for the A.L.S. research.

A little project that’s growing day by day, and a very special and friendly band.